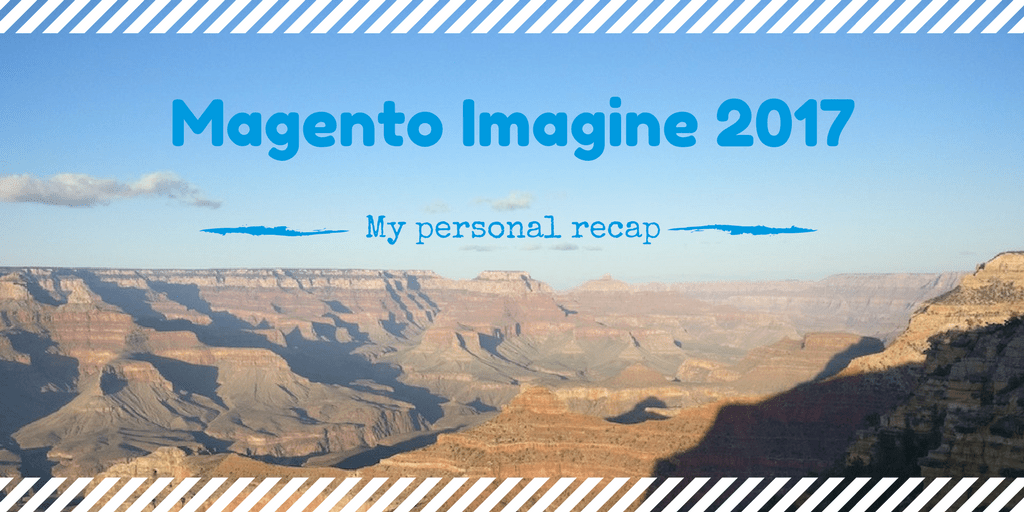 It was the second time that I attended the Magento Imagine. Last year the conference was characterized by the motto „We are Magento“. This year the word „E-Commerce Platform“ stays in my mind.

Before I start my summary of the conference, I would like to tell a little bit about our trip …

We startet our #RoadToImagine from Frankfurt/Main. After a 9h flight we (Maria, Ralf, Alex and me) arrived in Houston (Texas). There we had time to grab some pizzas after a very intensive security check (2.5h). Next step was Las Vegas (Nevada). Our United Airline flight was overbooked. Fortunately we had no problems like reported in the news recently. No one was dragged of. 🙂

So we landed in Las Vegas and reached the Wynn Hotel after >20h travel time. We fell in our bed deadly tired.

The next day we did a road trip to fight against the Jet lag. So we startet with a great American Breakfast in a good well known diner. In a supermarket we bought some stuff and then we headed towards Hoover Dam.

We drove along the Scenic Drive to see more of the beautiful landscape.

After a stop at the Hoover Dam we visited the Grand Canyon. The landscape is so impressive. I personally like the endless expanses. The way back from Grand Canyon was a little bit rough. We had to leave the interstate after a road block caused by an accident. The deviation led us to the historic Route 66 which is not like a German Autobahn. We had to avoid large holes in the street. With a good burger we finished our road trip.

The Sunday started with… an American Breakfast… again. We needed some calories to be prepared for the partner meeting. Before attending it, I visited the Pre-Imagine MageHackathon.

Afterwards we joined the PreImagine to meet some famous guys of the Magento community. It was great to see all them. We also met some of our friends and associated agencies from Germany.

After having some beers we decided to walked down the Las Vegas Strip.

I decided to visit this sessions:

The most discussed one of the developer talks, was about the UI Components. After it a discussion round  among some very popular backend developers started. They discussed about the good, the bad and the ugly sites of the Magento UI Components system.

My highlight of the day was a session concerning the Magento 1 to 2 migration. Very good informations, tips and pain points of Magento Migrations were shown by James Cowie and Gordon Knoppe of Magento ECG.

On the second day the following session were my preferred choice:

The biggest surprise of the day was the API talk at the end of the day. The speaker Bob van Luijt is a very smart guy. I like his fresh mind and his approach to platforms and API usage. Checkout his HTML5 Polymer Magento Components on github!

After the last session, the blood pressure of the netz98 coworkers increased significantly. It was the time of the „Magento Excellence Awards“. 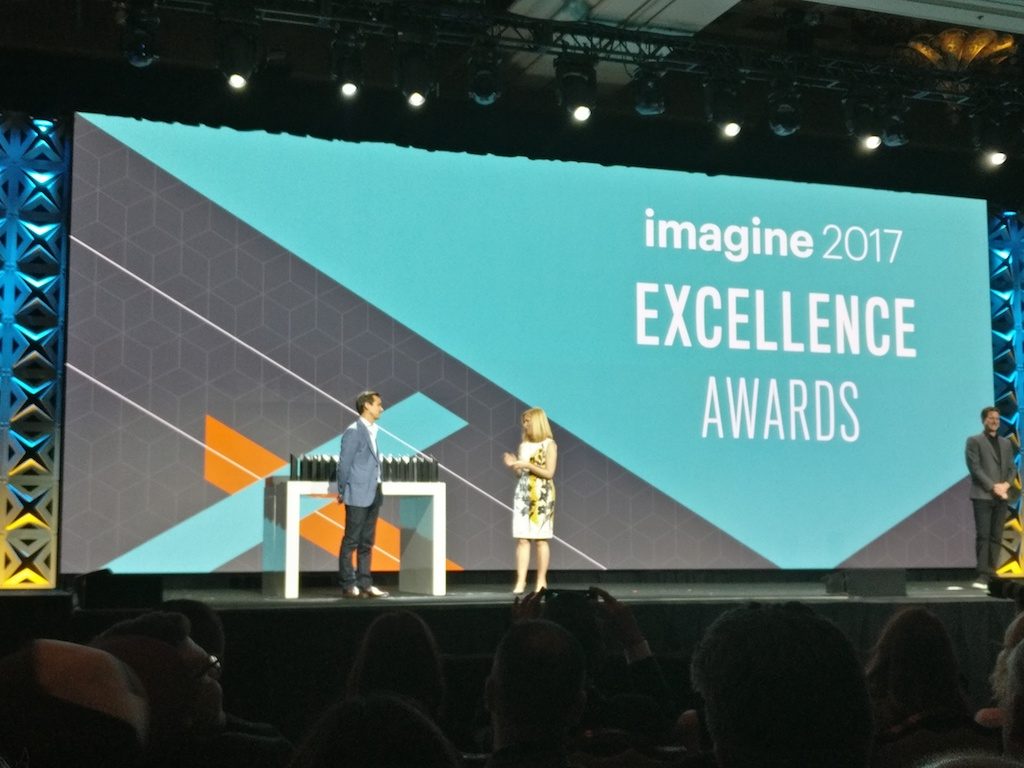 Our Liebherr project was one of the finalists in the category “B2B”. The awards reminded a little bit to the Oscar Awards. So we were absolutely excited that we really won the „B2B Innovation“ award. Especially me was so happy about this, because the project team (netz98 and Liebherr) did a really good job. The award was a appreciation of the effort of the hard working team. After the keynote was finished, we proudly carried away the award to the Legendary Imagine Evening Event „aka party“ taking place at the Encore Beach Club.

Congrats Kaushal and team @Perficient and Ralf and team at @netz98 on their B2B awards. Well deserved pic.twitter.com/eVdb2oh6mn

Unfortunately I forgot to take pictures of the party. Thanks to Max Pronko for providing the video. At the end of the party Max jumped into the pool celebrating his shop award. The last scene of the video shows a wet Max and me 🙂

Our last conference day started with an impressive keynote. Magento published some exciting news about the product portfolio. Additionally new products were announced. After that we decided to have some burgers to be prepared for the DevExchange.

The format of the DevExchange was really new for me. Developers could vote for a topic. My topic „A better import framework“ was one of the selected ones. For every topic a dedicated table was installed. All interested people could sit down at the appropriate one. Magento made sure, that for every table an employee is available, which is aware about the topic. I loved this kind of discussions. Other great topics like „Headless Magento“, Varnish Cache or „UI Components/Frontend“ were discussed by the participants.

After this very good exchange, I discussed with Alan Kent about technical improvements of the future Magento 2 data layer. He is a great system architect. Later on I met Sander Mangel and Ivan Chepurnyi.

It is great to meet people in real life and not only by the Twitter timeline.

We finished the conference with a great final dinner at SW Steakhouse with the netz98 team.

The next day we went back to Germany. See you again, Vegas!